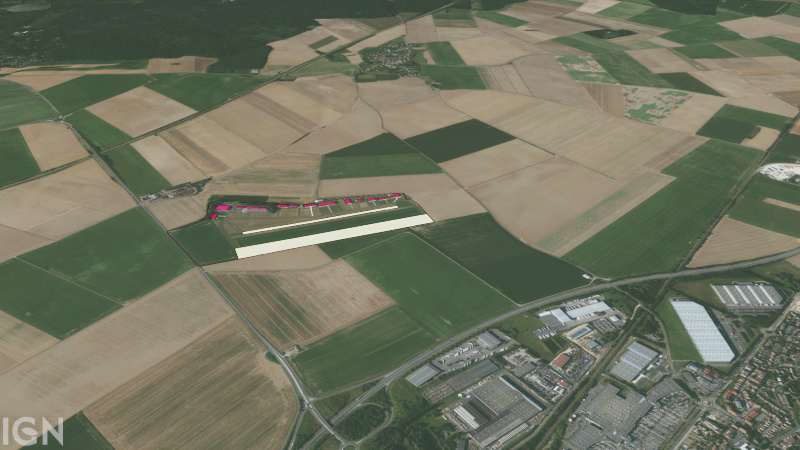 Such as Persan-Beaumont, my previous homefield, origins of the airfield dates back to WWI.

The outbreak of WWI having increased the needs of pilots training in the Army Aviation, different Training Divisions were commissioned on Le Bourget Airfield, each of them being specialized on aircraft types of the same manufacturer (Breguet, Caudron, Farman, Nieuport, Voisin, Salmson, SPAD…). Gathered together within the Training Divisions Group (Groupe des Divisions d’Entraînement: GDE), they provided the trainees what we would call today a “Type Rating” in an “Operational Conversion Unit” before their assignment to front line units equipped with the same type of aircraft.

Being quickly in cramped conditions at Le Bourget, the GDE got settled end of 1915 in Le Plessis-Belleville, on the western side of road N330, then on some other nearby airfields, which nowadays do not exist anymore.

Movements of the German troops towards Paris in 1918 led to a westward move of GDE to Chartres, then eastward to Marigny-le-Châtel, west of Troyes, where it was disbanded in 1919.

In the neighbor town of Ermenonville, the cemetery houses a discreet monument, dedicated to “aviators dead for France”, keeping alive the memories of the victims of accidents during this period.

In 1937, anticipating upcoming fights, some land parcels were requisitioned, on the current location of the airfield, to build an operating platform. It was first used by an air-defence unit, then by Potez 631s of Night Fight Flights ECN 3/13 and ECN 4/13, then by Morane Saulnier MS 406s of Fighter Groups GC II/2 and GC III/1.

In January 1942, the German Luftwaffe named it airfield 566, then in July airfield 270, and used it as a deployment airfield.

Returned to a civilian use at the end of the war, and despite some requests from the French civil aviation authorities - eager to open a gliding center - it is only in 1955 that the airfield was re opened to public aviation on its current location, first with three grass strips, oriented North/South, North-east/South-west, and East-West. 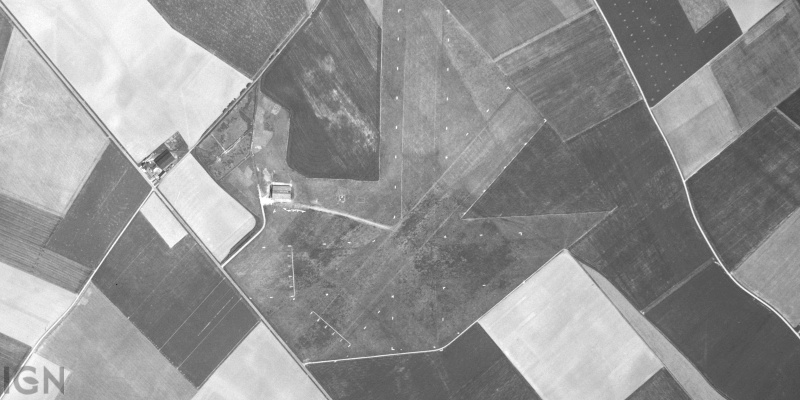 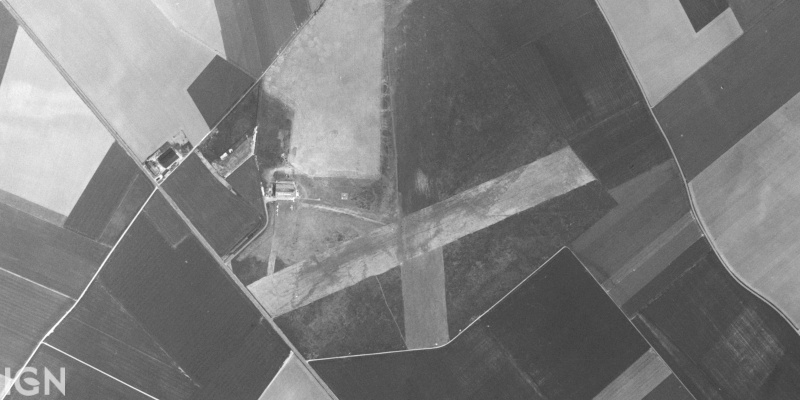 In 1977, the N/S grass strip is no longer in use, to the benefit of the current configuration of two 07/25 runways, one hard strip, and one grass strip. 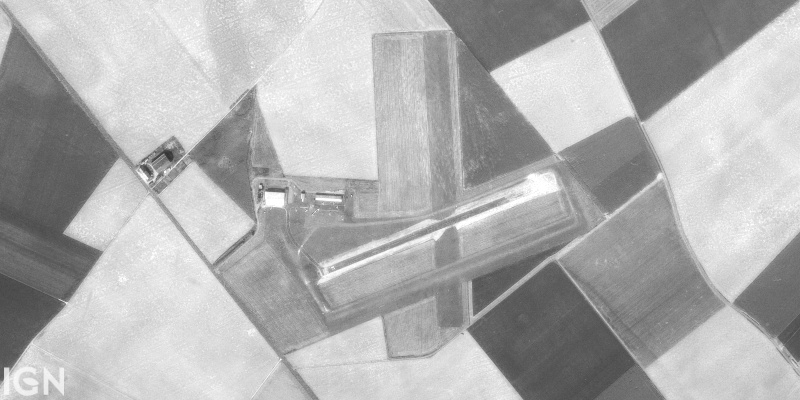 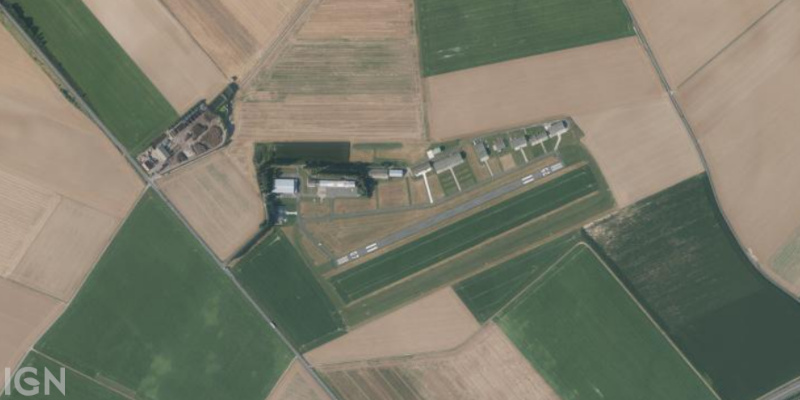