From Squadron to Wing 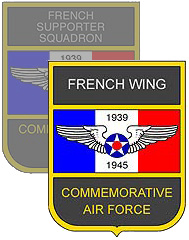 Becoming a flying unit, the Squadron rightly deserved a promotion. The name changing was approved by the CAF Headquarters end 2003, and validated in general assembly on November 22, 2003. After the usual administrative process, the FSS then became officially the CAF French Wing on February 6, 2004.

Happiness never coming alone, during the Winter Staff Conference held in Midland on Febryary 20, 21 and 22, 2004, the French Wing received the “Aircraft Acquisition Award 2003” for the success of its “L-Bird project”. 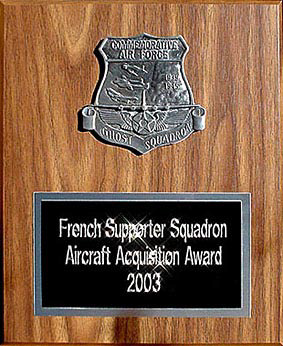