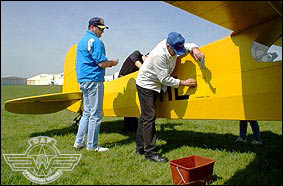 What I really needed, actually, was not only a light make-up touch-up, but also some deep skin care... Make your own advice according to the following to-do list : 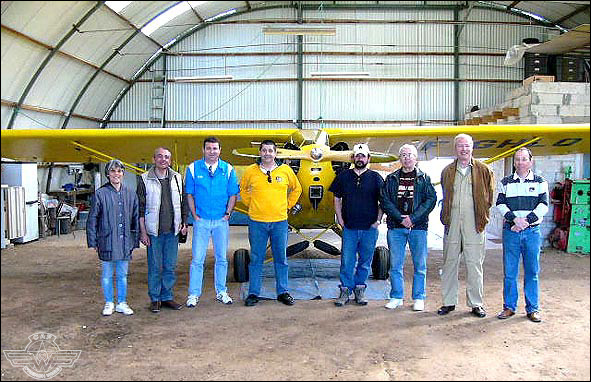 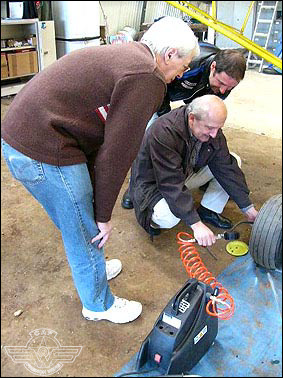 Semaan Soueid checks the tyres, under the watchful eyes of Bernard and Didier Guillot, friend and coworker by British Airways.

Didier Cardinal, Guy Perrin, and the whole team strip Spirit of Lewis of her civilian registration.

Château of Chantilly and its gardens as first destination after resuming flights. Not bad, huh ?

Then, a mountain of paperwork later, I was insured again for flying. And for the first time since my ferry flight of July 2003, I took air again to visit the neighborhood, and château de Chantilly, with some members. Who had to learn how to embark a Piper Cub... 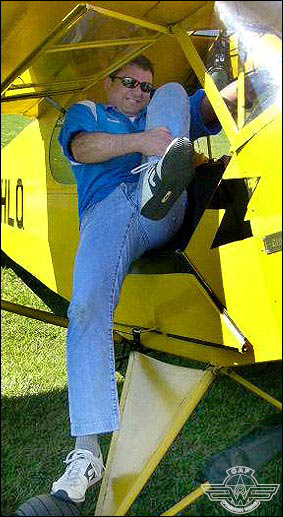 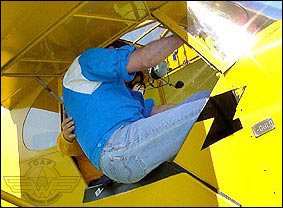