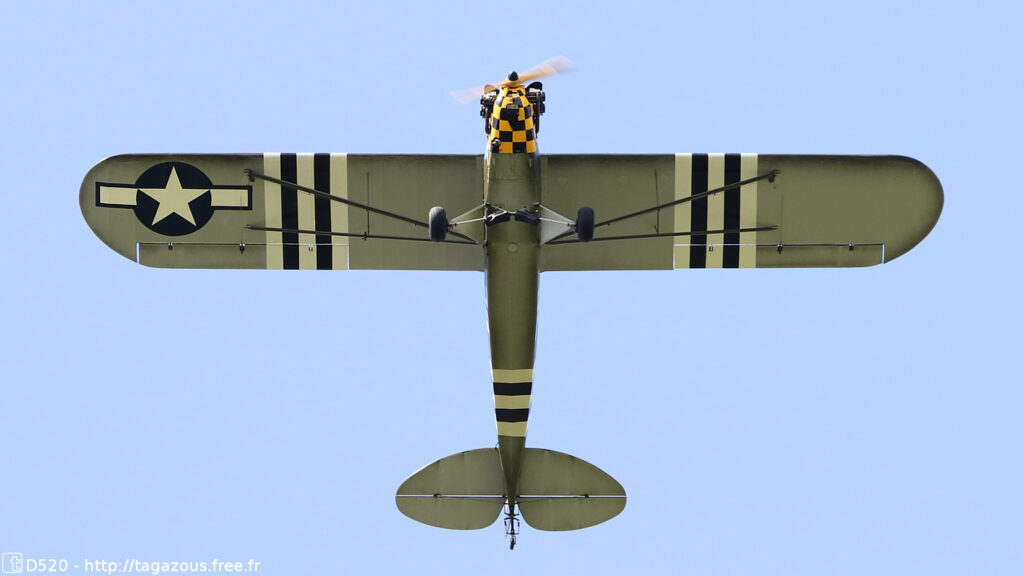 Night of July 11, 1943, somewhere over the Mediterranean Sea. A fleet of about 150 C-47's and C-53's outbound Tunisia is approching Sicilia, carrying a mere 2300 paratroopers. The island is beeing re conquered, consequeltly to Operation Husky - then the biggest amphibian operation of any time - started in the night from July 9 to 10. However, German counterattacks keep the pressure up.

An isolated fire against these aircraft then triggers a cascade of replicas from the US naval and ground forces, and will cause the biggest friendly-fire incident within US forces, shooting down 23 planes, damaging 37 other, causing 318 victims, of which 60 killed crews and 81 paratroopers.

Troops identification always has been a concern, from Middle Ages cavalry banners to WW1 military aviation insignias. National insignias form and contrast were more important than colors, leading the Royal Flying Corps to drop the Union Jack - possibly mistaken for a German cross - to concentric roundels, as France then USA adopted. Additional markings were used, too.

Lessons learned of Operation Husky's tragedy were taken in account for Operation Overlord, the landings of June 6, 1944, in Normandy. Foreseeing the congested airspace, IFF system overload, and the predictable confusion during the assaults, order was given to paint on wings and fuselage of the aircraft the now famous white and black "invasion stripes". The order was clear : "If there are stripes, it is one of ours ; if not, open fire." Received lately in the units, the order has been hastily executed on the field, giving some unprecise markings : edges not that straight, stripes not so parallel, paint runnings, joins not really joining... at war, one has to make do with what one has...

Like all aircraft operating close to the forward edge of the battle area, my Cub cousins flying observation and reconnaissance flights for ground troops received these markings.