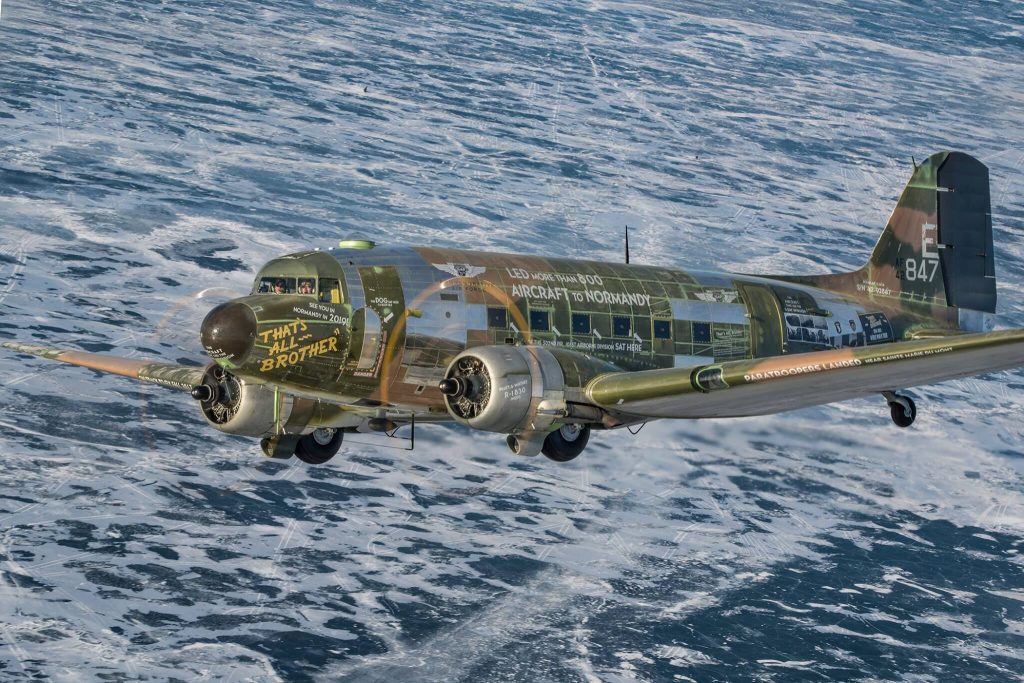 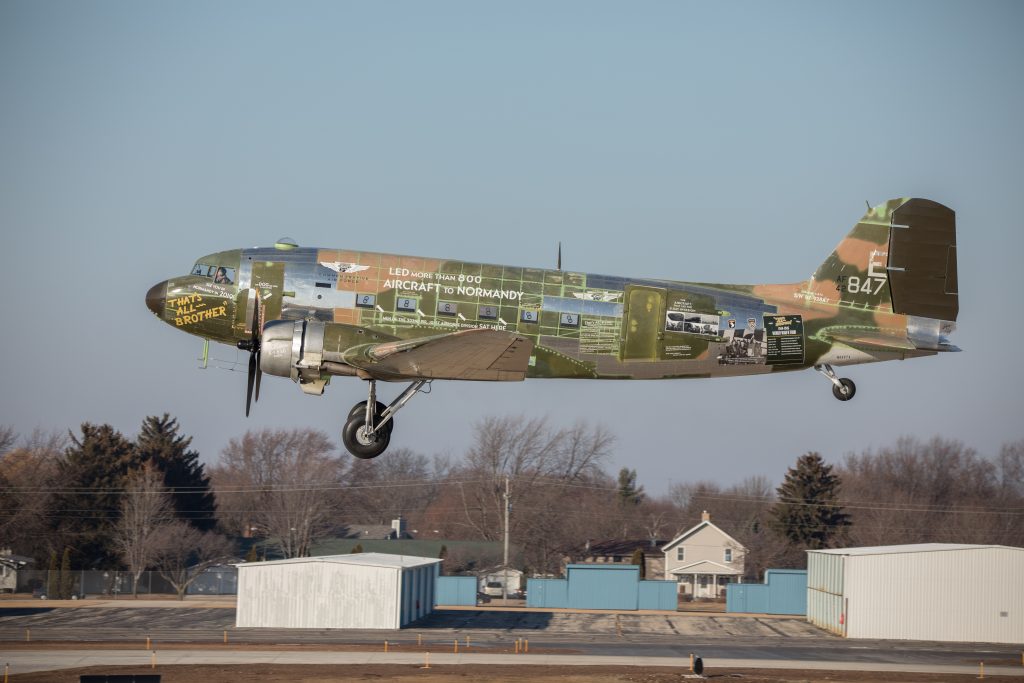 On the 31st of January 2018, the Douglas C-47 Skytrain "That's All Brother" flew its first post-restoration flight from the Oshkosh airfield in Wisconsin with Doug Rosendaal and Tom Travis at the controls. 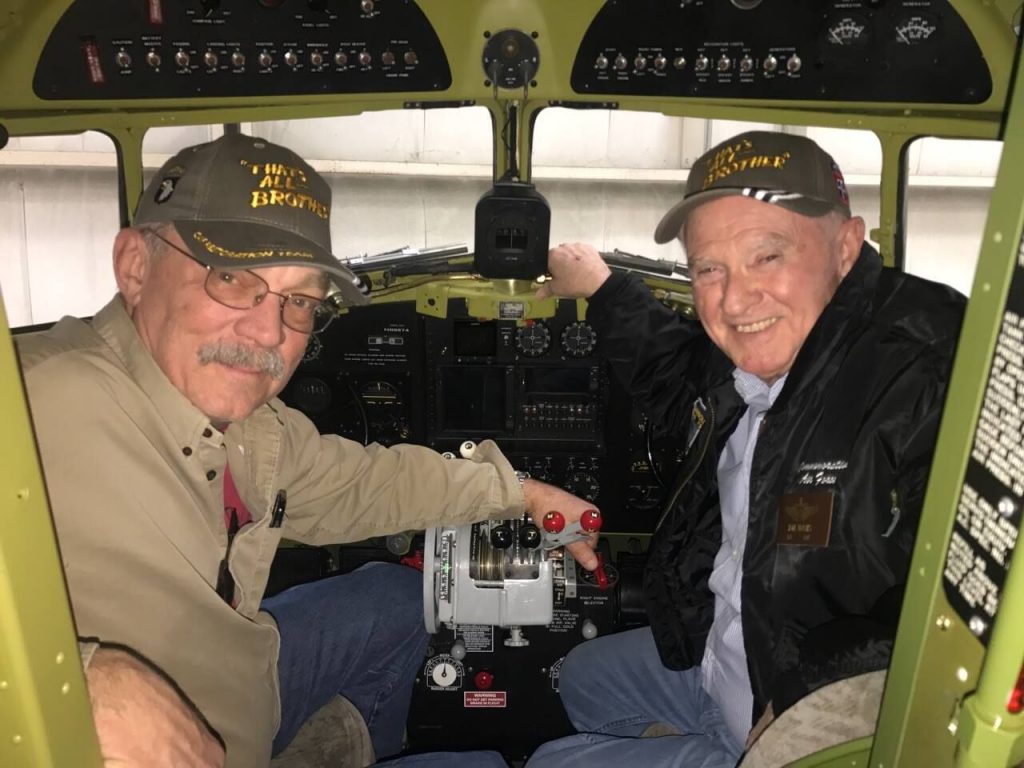 This is a major milestone in the restoration process, which will continue at Basler Turbo Conversions and an important waypoint in the project of returning the aircraft to France for the 75th anniversary of the D-Day landings in 2019.

That's All Brother is not only a veteran of the Normandy landings, but actually led the main assault wave during Operation Albany, in which C-47s took off from the British Field of Greenham Common on the dawn of June 6 to drop paratroops from the 2nd Battalion, 502nd P.I.R. of the 101st AirBorne on their drop zone in the Cotentin region. Historian Matt Scales discovered and identified the aircraft, assisted by Patrick Elie, the president of the C-47 "SNAFU Special" association in Merville, Normandy. The Commemorative Air Force recuperated the airrcraft and, thanks to a successful crowdfunding campaign, began this magnificent restoration project in order to return it to its 1944 configuration. 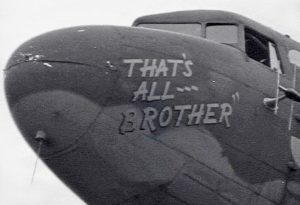 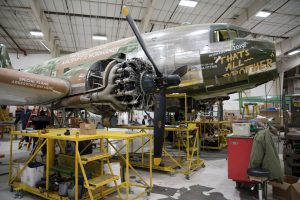 Today, members of the French Wing are impatient to meet their American comrades in 2019, especially given that "That's All Brother" could be accompanied by three other CAF aircraft: "Blue Bonnet Belle" of the Highland Lakes Squadron, C-53 "Dday Doll" of the Inland Empire Wing and the R4D "Ready 4 Duty" of the DFW Wing. They will join the armada of Daks Over Normandy and participate in the reeenactment of paratroop jumps. Based at the Caen-Carpiquet airport, open days are planned. DoN also intends to participate in the Salon International de l'Aéronautique et de l'Espace on the Paris-Le Bourget airport in July 2019. 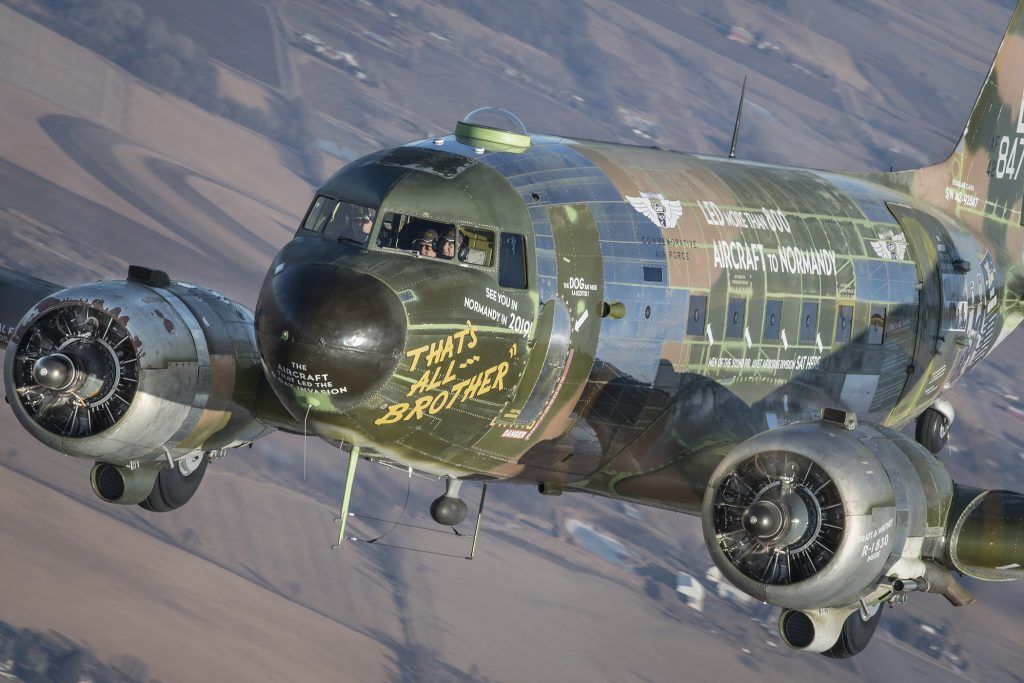 Meanwhile, the CAF French Wing is very involved in this project and is providing support in preparing their stay.

You can still contribute to TAB's restoration by donating here.