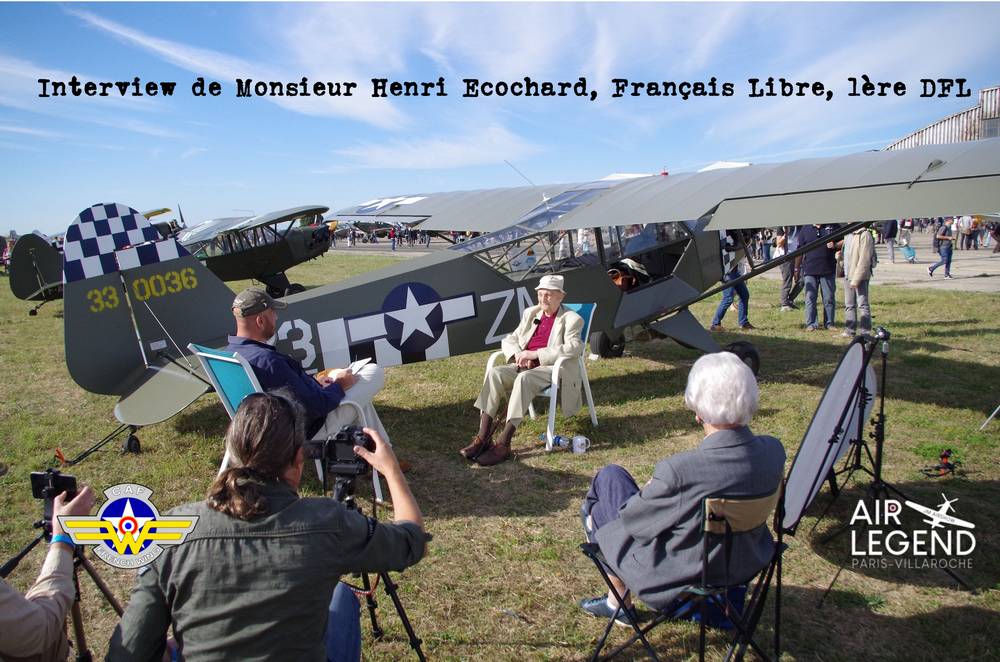 CAF French Wing is proud to present the latest issue of its documentary series, History and Duty of Remembrance.
In this episode, Stephane Duchemin receives Mr. Henri Ecochard, Free French and Piper L-4 pilot.
Henri Ecochard was 16 when the war was declared in 1939 and 17 when, a year later, he joined Free French Army in England. In 1941, he left for Equatorial Africa and joined Syria in June. He took part in the Libyan campaigns in 1942 and Tunisia in 1943. He was trained on Piper L-4 in 1944 in Algeria and then liberated Europe with the 1st DFL until his demobilization after the victory against Germany in 1945.
In this interview, he looks back on his years of war and is very moved to find his Piper Cub (those of the Association Ham & Jam) during the Paris Villaroche Air Legend
For English people, use subtitles in settings menu